Putting in the hard yards for Melanoma Research

Lindfield Rugby Club and the Melanoma Institute of Australia are this year joining forces to raise money for the fight against Melanoma – one of Australia’s fastest growing diseases and one that has touched one of our own.

In 2011, Lindfield colts assistant coach Andrew Morbey lost his dad David to melanoma, only 8 months after he was diagnosed. He left behind a wife and four children.

In 2012, he raised $10,000 with his mum for the institute and continues his work to this day. This year, Andrew is using the City2Surf an event that his Dad used to run, as a way to raise another $10,000 to help fight the disease and a means to remember his father.

“Dad was always encouraging us to play sport and he used to run in the City2Surf, but I never got a chance to run with him” remembers Andrew.

Lindfield Rugby is lending it’s support to Andrew’s cause, and is asking our players and supporters to get involved by either running with Andrew and the LRU in the race or by helping us reach our goal of $10,000 for the Melanoma Institute. For all runners, you also receive a limited edition LRU Old Soldiers singlet.

To get involved in the LRU run on August 10, please contact Andrew on andrewmorbey@hotmail.com by Friday 1st August and to donate to the Lindfield Old Soldiers run visit https://city2surf2014.everydayhero.com/au/lindfield-rugby-club 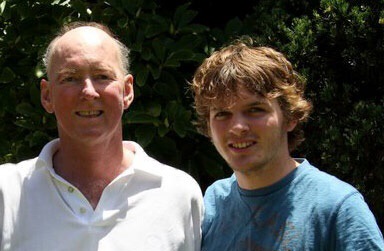