Founded in 1983 to compete in the World Golden Oldies Festival in Sydney, the Funnelwebs have remained active on both the local and international scene. The Club is named after one of the world’s deadliest spiders commonly found in most leafy North Shore suburbs. While closely connected with Lindfield Rugby Club and using Soldiers Memorial Oval, Tryon Road Lindfield as a home ground, initial Funnelwebs President Vic Chandler envisaged a team that would attract Rugby diehards from all over Sydney’s North Shore. Hence the ubiquitous Funnelwebs name.

The 1993 Ireland Tour, organised by Funnelweb stalwart Tony Houseman and the ever willing travel agent extraordinaire Buddy Travis was the last of the Funnelweb grand tours with a touring party of more than forty (40) including wives and partners. It was an unforgettable tour full of crazy Irish moments, outstanding Rugby, the odd hospital trip and never ending evenings of Irish hospitality. The latter highlighted by the our host club, the Clondalkin

Club based just outside Dublin. One of the Funnelweb wives was heard to observe that she had travelled half-way around the world only to find the Irish equivalent of Lindfield Rugby Club. That tour also brought down the curtain on a number of illustrious Funnelweb careers.

The changing demographic of Funnelweb players post Ireland limited involvement in overseas Festivals and tours but when the Festival returned to Sydney in 2010, the Funnelwebs once again assembled a strong contingent that entertained the crowds with the unique brand of Funnelweb Rugby. Played at Centennial Park the 2010 Festival lived-up to the high standards set for Golden Oldies Festivals and the Funnelwebs were right in the centre of it, even if the odd player was seen to take a business call while standing a short distance away from the bar.

Subsequent tours to Parkes were staged in 2007 and 2008 to coincide with the legendary Parkes Picnic Races. Once again the focus was divided between rugby and a more than healthy social life. The Parkes Old Boars ensured that the Funnelwebs were well looked after both on and off the field.

The Golden Oldies sporting movement began in the late 1970’s when Tom Johnson – one of New Zealand’s foremost Rugby loose forwards of the 1960’s prevailed on Air New Zealand to support his idea. The initial festival was held in Auckland with some 500 players representing 15 teams participating.

The catch cry for Golden Oldies Rugby has always been – Fun, Friendship and Fraternity – with an emphasis on participation and sportsmanship rather than obtaining a result. Virtually all Golden Oldies games end in a draw.

Minimum Golden Oldies age is 35, naturally there is no upper age limit. Older players, identified by coloured shorts, are protected from rough and tumble to ensure that they enjoy the game and live to a key Golden Oldie adage – we don’t stop playing because we get old, we get old because we stop playing! 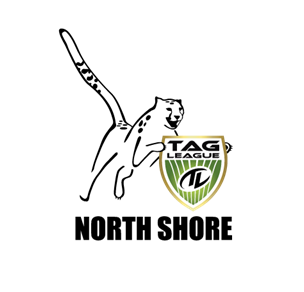